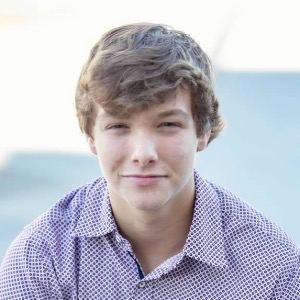 This week, we are happy to announce our next nominee for #1inamillion Golfer >> Hagan Smith from The Links at Stono Ferry in Hollywood, SC.

Hagan was nominated by his Operation 36 Coach Richard Sierzega. He had this to say about Hagen:

"Hagan demonstrates exemplary work ethic and character. He is the highest ranking student in our program. He aspires to be an Air Force Academy cadet and is displaying all of the traits of leadership and character that would be required in such a position."

He continued, "In Hagan's first attempt to pass Division 5 he shot a 38. Knowing that he had the game to pass Hagan worked in class and privately with the Operation 36 coaches. The game plan for his second attempt was staying in the moment and golf course management. With water in front of holes #1 and #9 it was suggested by the coach for Hagan to lay up on those two holes. Hagan hit 8 of 9 greens in regulation that day, shot 34 and passed Division 5."

We are impressed Hagan and agree with your coach, you do have a bright future ahead!