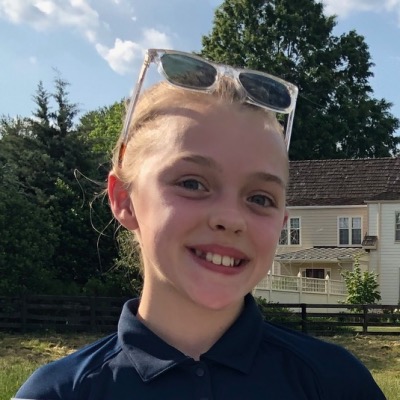 We are happy to announce this week's #1inmillion Golfer Windsor Torrence from Birdwood Golf Course in Charlottesville, VA.

Windsor was nominated by her golf coach Hunter Brown. He has this to say, "Windsor is a great example of perseverance. She came so close several times to passing 25 yards including two scores of 37 and never gave up. She finally passed after her 6th attempt."

He continued, "Her mom who is also a part of the Women's Op 36 program always caddies for her and they have such a positive attitude. After she scored 37 on the 5th try she was pretty discouraged and her Mom went out later that week in her first attempt and also scored 37! They came together and practiced together the next few weeks and both passed 25 yards on their next attempts!"

We love your determination and passion for the game of golf Windsor. It's not always easy, and we love that you kept at it! Congratulations on your #1inamillion award - well deserved!